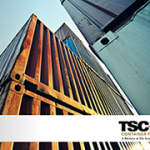 Check out our brochure to learn more about the unique services and expertise offered by TSC. 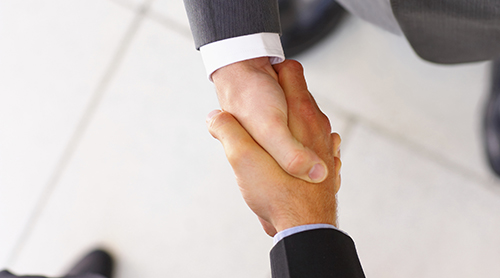 Are you covered? “Yes.”
Are you sure? Have you considered general average?

Over the last couple of years, ocean cargo insurance has become more important because more ships are experiencing casualties. Most importers know about “general average.” “General average” is declared when the vessel is in peril such as:

If you have ocean cargo insurance coverage, you have no problem. Not being insured can become quite costly because when cargo is lost by whatever means, the steamship line owners have to be paid back, so to speak, for any of the incurred expenditures, damages or losses during that time of peril.

For example, a particular vessel carries a container full of straws that has a very small merchandise value and containers of heavy machine equipment that have a high merchandise value. The owner of the straw containers is still going to have to pay a proportion of the cargo loss.

One would think that the owner of the cargo that had to be thrown overboard is the one that has to pay for the loss, but that is not the way it is calculated. Everyone has to pay their portion. It is for the benefit of the whole and not the individual importer.

An individual importer’s freight could come in fine, and he will say, “Well, I’m not paying insurance because I don’t need insurance.” However, that importer’s cargo will not be released unless that cash payment is made. It’s something to think about if you are using oceangoing vessels for delivery.

What the “general average” term also means is that they have special adjusters who come in and figure out the costing in that way. This means this cash deposit can be tied up for two years or until an adjustment is completed.

Why the increase in casualties? One reason could be slow steaming. In the struggling world economy, the cost of bunker fuel (any fuel oil used by ships) has gone up so high that slow steaming is becoming more and more a way of life. The slower the vessel goes, the more fuel they save, but this practice can cause damage to the main engine because those engines are not designed to run under those parameters. Slow steaming upgrade kits are available, but not all ships have that yet, so we believe that this slow steaming can increase the number of general average claims.

As recently as February 2012, a vessel from China incurred engine failure. It is unclear if slow steaming was the cause, but it was already a month overdue to the East Coast. The cost to repair the ship, any alternative berthing arrangements that need to be made, any deviation from the initial voyage and costs associated with this damage would fall under a general average claim.

The purchase of international marine insurance is the smartest way of doing business and is a smart business decision. The record of recent vessel casualties in general average claims have been more numerous than in the past, and that is why we are encouraging everyone to look into cargo insurance. Without insurance, cargo owners have to pay a tremendous amount of money and have that money tied up for long periods of time.

It might seem like an old piece of maritime law, but it really still allows for a fair and equitable division of these expenditures and costs to saving the voyage and hull.

Check out TSC and Scoular’s most frequently filled positions to get started on a rewarding career today.

Read the latest news to know what’s happening at TSC and Scoular.