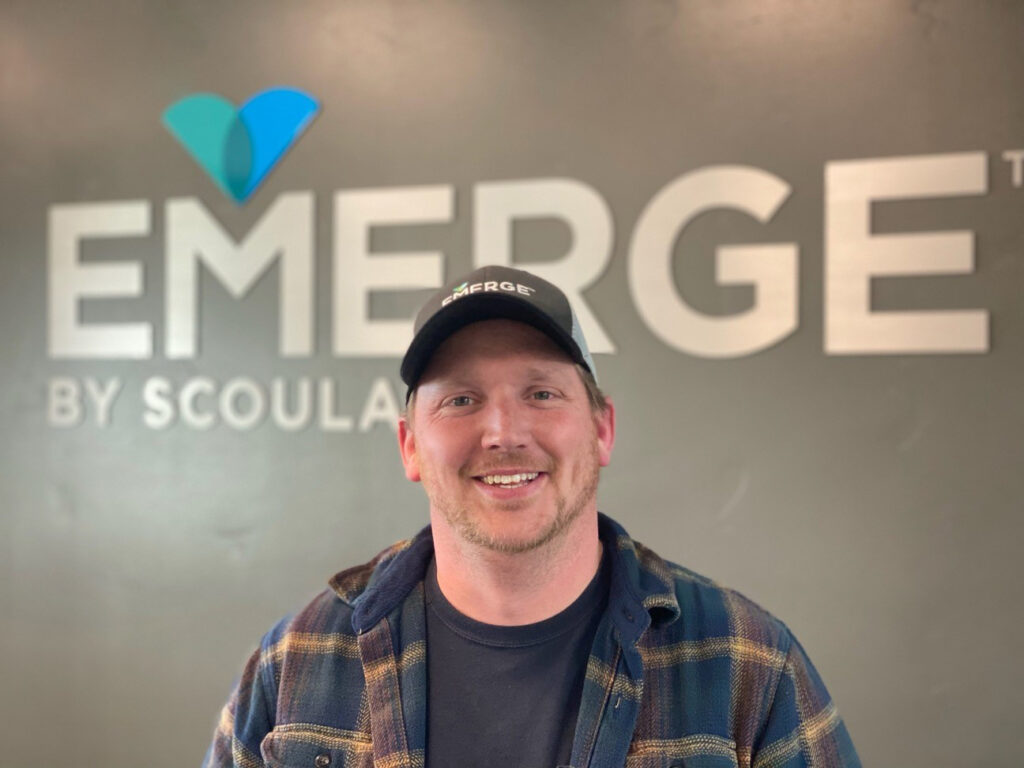 But he’s just as comfortable in a lab coat.

Here’s more on his passion for science, his experience and the path that led him to Scoular.

Why are you passionate about producing Emerge?

There’s a lot of science that goes into producing it, which is exciting for me. It’s an interesting process that involves taking the protein that’s naturally found in whole barley kernels, and concentrating it. We end up with an ingredient that’s densely packed with nutrients. So that makes it a great ingredient for pet food and aqua feed. For feed customers, it’s the only barley protein available, so we’re producing a unique product here in Jerome.

When did you develop an interest in science?

I liked my science classes in high school and went to college with plans to become a doctor, a general practitioner. The idea of using science to help people as a physician really interested me, so I began working on a double major in biology and chemistry at Monmouth College in my home state of Illinois. I especially liked chemistry, and even got involved in chemistry research as an undergrad and had a summer internship working in a lab.

What did you do after graduating?

I applied to medical school at the University of Illinois, but didn’t get in right away and was put on a waiting list. But I didn’t want to give up on a career where I could put my science background to use. My college advisor had always told me I did strong work in my chem labs as an undergrad. So I applied to Colorado State and got accepted in a master’s degree program in chemistry.

I really enjoyed the lab work. I got involved in research on drug development working with proteins and DNA. I realized I liked the research, and a lot of people who get graduate degrees in chemistry become college professors. But teaching college didn’t interest me. I wanted to be the person using chemistry in a lab, not teaching about it.

What was your career path after earning your master’s in chemistry?

One of my first jobs after graduate school was at a plant in Peoria, Illinois. It was a plant that used a fermentation process to derive high-protein flour and cooking oil from algae. I was on the operations side, but also got involved in lab work. Then I took a job as lab manager at an ethanol plant in Illinois. The plant had a facility in Idaho, so I moved there eventually to become the environmental health and safety manager. It was a whole new role with bigger responsibilities, and gave me a great overview of the entire plant operation.

What brought you to Scoular and your current role at the Emerge plant?

I saw the posting in May 2020 for the plant manager position and it appealed to me right from the start. I knew Scoular was an international company with a big scope. I had a goal of becoming a plant manager and knew it would be a great opportunity to use my science background and experience in food safety, management and production. I felt like I had the right combination.

It was great being part of something from the ground up. In past jobs, I would see things at a plant that weren’t as good as they could be, and think to myself, “here’s how I would have done if I were involved from the start.” I’ve had that opportunity at the Emerge plant, and it’s been great sharing my ideas and having input into how the plant was built and is run.

My wife and I have two dogs and just bought a place right outside Jerome. We just love the area, and getting out to mountain bike, hike, fish and just explore.

To learn more about our new plant read our press release. 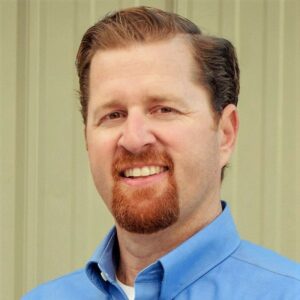